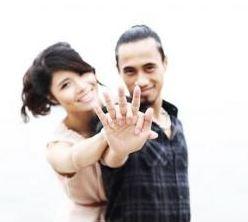 Vietnamese musician and gender-rights advocate Pham Anh Khoa has been selected as a member of the Secretary-General’s Network of Men Leaders to End Violence against Women. Mr Anh Khoa also serves as the goodwill ambassador for the Soul Nation campaign, which is supported by Partners for Prevention. Due to his strong track record of speaking out against violence against women and girls in Viet Nam, Partners for Prevention put forward his nomination to the Network. “We need to break the cycle of violence,” Pham Anh Khoa said at the Asia-Pacific Regional Commemoration of the International Day for the Elimination of Violence against Women, held today in Bangkok, “ I believe respect, trust, understanding, love, equality and non-violence are key principles of a healthy relationship. There is no place for force and violence in love. True friends listen to and respect each other’s opinions. We (both men and women) should work towards making our relationships healthy”. As the goodwill ambassador for the Soul Nation campaign over the past two years, Khoa has supported the campaign by promoting healthy relationship skills among youth and encouraging them to take on the cause of gender justice as part of the ‘Love Journey’ social media campaign, performed at numerous live events aimed at raising awareness on violence against women, and written a hit theme song for the Soul Nation campaign. Soul Nation is part of the national Joint Communication Campaign for Prevention of Domestic Violence (JCC), coordinated by PyD Viet Nam and co-chaired by the Viet Nam Ministry of Culture, Sports and Tourism (MoCST), with support from UN Agencies, NGOs and other oganizations in Viet Nam. United Nations Secretary-General Ban Ki-moon launched the Network of Men Leaders to End Violence against Women in 2009. The Network supports the work of women around the world to defy destructive stereotypes, embrace equality, and inspire men and boys everywhere to speak out against violence. The Leaders in this expanding Network – current and former politicians, civil society and youth activists, religious and community leaders, cultural figures and other prominent individuals – work in their spheres of influence to undertake specific actions to end violence against women, from raising public awareness, to advocating for adequate laws, to meeting with young men and boys, to holding governments accountable. Reflecting the priority placed on ending violence against women and girls by the Secretary-General, the Network is just one initiative of his UNiTE to End Violence against Women campaign, which will run to 2015. For more information, contact carolineliou@one.un.org